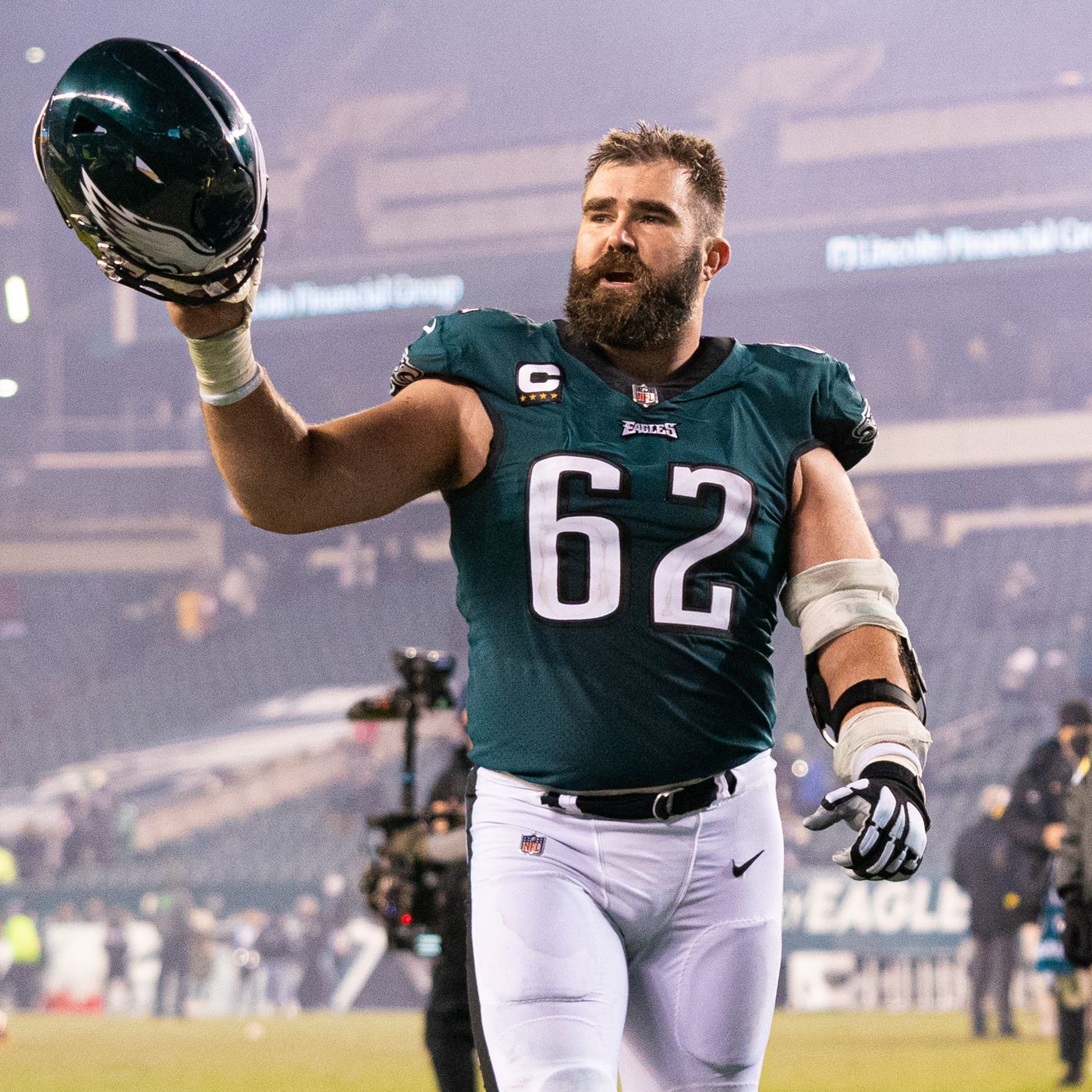 There was plenty of speculation around Jason Kelce’s future in the NFL heading into this offseason. Would he retire after 11 seasons with the Philadelphia Eagles or would the Super Bowl champion center come back for at least one more ride?

While the five-time Pro Bowler and four-time All-Pro selection triumphantly announced his return to the Eagles while drinking a beer, the 34-year-old knows the end of the road is fast approaching.

Rather than waiting for that moment to come, Kelce, whose one-year, $14-million deal announced in March makes him the highest-paid center in the league, is doing all he can to make the transition from the NFL as smooth as possible whenever that time comes.
“Your career has a finite shelf life and you’re going to have to figure out what’s next,” Kelce says. “Not just being sound financially, but also what are you aspiring to full-time and what is that going to look like?”

A football player first and foremost, Kelce has been spending more time and effort broadening his horizons and ventures off the field. Not only is he learning more about business and investing, but also what areas he’s most interested in. Kelce has a few rental properties in Cleveland, while he’s getting more ingrained in the cattle and beef industry after recently purchasing 11 cows in Missouri.

He also furthered his love and interest in trucks by investing in RealTruck, a retailer of aftermarket truck parts and accessories. Kelce was recently named to the company’s first-ever advisory team comprised of all athlete-investors including Dak Prescott, George Kittle, CJ McCollum, Dustin Brown, Byron Jones and Beau Allen.

“What I’m trying to gain from it really is just an overall education of how a lot of these decisions are made, how a board functions and how RealTruck is going to take those viewpoints and move forward with them,” Kelce says. “I don’t know what I’m expecting, to be honest with you. I’m trying to go into it with an open mindset and understanding I’m going to be exposed to something I’ve never been exposed to or minimally exposed to, but it’s in a field I’m interested in, which is trucks, and it’s going to be with a bunch of guys who are probably in a similar boat and mindset to myself. Hopefully it will be a really productive and outstanding experience for everyone.”

Kelce et al. join the RealTruck team through their November investment in partnership with Patricof Co. Founded in 2018 by investment banker and entrepreneur Mark Patricof, Patricof Co is a private investment platform that operates along twin paths as an advisory practice and an investment platform. Athletes receive financial advice gratis and are expected to invest approximately $500,000 annually toward private-equity deals.

Not only is Patricof Co presenting Kelce and its roster of more than 115 athletes with financial advice, introductions and investment opportunities, but Kelce says he utilizes the company as a soundboard for investments and opportunities that come his way.

The RealTruck investment was a perfect fit and no-brainer for Kelce. He says early in life he aspired to own two vehicles: a Jeep Wrangler and a pickup truck. While a Wrangler isn’t the most comfortable ride for a 6-foot-3, 295-pounder, Kelce bought a Ford F150 after being selected by the Eagles in the sixth round of the 2011 NFL Draft, then switched to Ram trucks after working with a local dealership in Philadelphia about five or six years ago. Kelce also purchased a 1986 Chevy C10 that he loves to drive “when it runs.”

“There’s a genuine interest here for me because I like trucks,” he says. “It fits the Jason Kelce brand to say the least. If it was my brother, I don’t know if Trav would be interested—he might go more with the (Mercedes-Benz) G-Wagon or whatever—but for me, I think I’ve always identified with people who drive trucks.”

Just as Kelce is focused on getting back to the gridiron this season while keeping an eye on whatever the future brings, the Eagles are operating with a similar mindset. Philadelphia selected Georgia defensive tackle Jordan Davis No. 13 overall in the 2022 NFL Draft last week and traded for Tennessee Titans star wide receiver A.J. Brown, signing the 24-year-old to a four-year deal worth $100 million.

Whether he plays one more season or five, Kelce will be relishing each and every moment he straps on his pads.

“The last few years I’ve been contemplating this idea of retirement and really not knowing when that’s going to happen,” Kelce says. “I’m just trying to enjoy it—trying to enjoy this limited time I have left with the teammates and the fans, and really thinking about what I’m going to try to leave behind and what my legacy is, but more importantly than that, what other guys are going to want to potentially aspire to be.

“I appreciate being a member of the Philadelphia Eagles and playing in the NFL a little bit more each and every day because I realize I’m one day closer to never doing this again.”