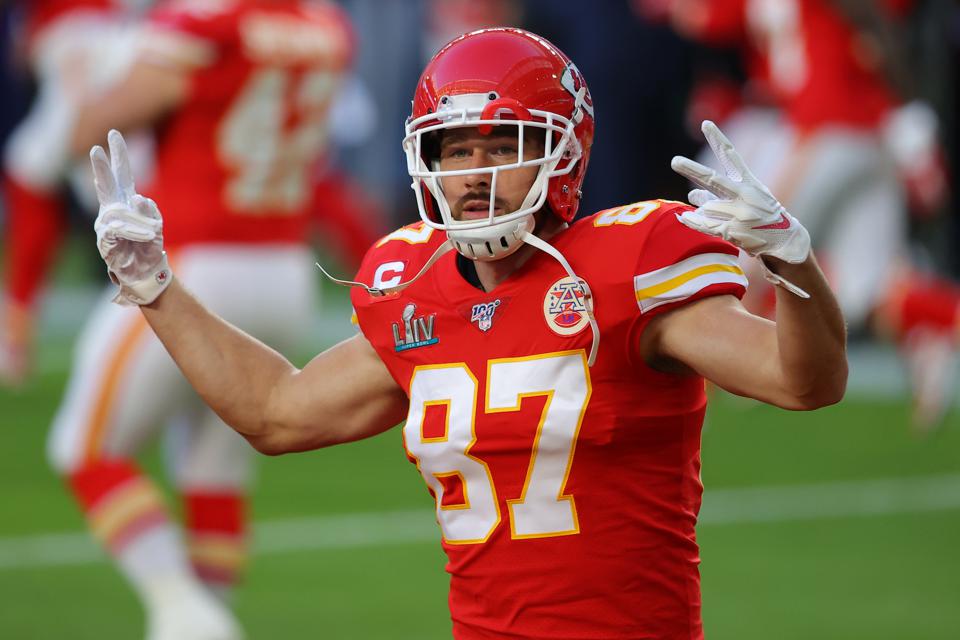 Travis Kelce and Mitchell Schwartz have racked up dozens of wins on the field the past five seasons as key cogs in the Kansas City Chiefs’ high-powered offense. The tight end and right tackle won a Super Bowl in February, and the team is a heavy favorite again to reach the NFL’s ultimate game.

The perennial All-Pros just scored off the field as well, with food giant McCormick announcing Tuesday that it had signed a definitive agreement to acquire the fast-growing Cholula Hot Sauce for $800 million in cash. Kelce, Schwartz and a handful of other high-profile athletes, such as Dwyane Wade, Victor Oladipo, J.J. Watt, Dak Prescott and Ryan Tannehill, invested in the hot sauce as part of private-equity firm’s L Catterton’s purchase of the brand in April 2019. L Catterton and its initial investors are expected to generate a massive return of roughly four times their investment, according to one source; the negotiations were first reported Monday by the Wall Street Journal.

The athletes invested in Cholula through Patricof Co, an investment platform created in 2018 by investment banker and entrepreneur Mark Patricof. The business operates along twin paths, as an advisory practice and as an investment platform. Athletes receive financial advice gratis and are expected to invest roughly $500,000 annually toward private-equity deals. Patricof has invested in nine deals to date, with companies including Topgolf, luxury reseller The RealReal and protein-powder brand Orgain.

For Kelce and Schwartz, the Cholula investment follows Warren Buffett’s famous advice to invest in what you know. “I love my sauces and know all about Cholula, but it had to make financial sense,” Schwartz told Forbes last month. Kelce adds, “It is fun to get behind a brand that you already love.”

Patricof Co has 85 athlete investors, whose funds are supplemented by firms like J.P. Morgan Private Equity Group, which committed $200 million to co-invest when Patricof launched. “The underlying thing is you need the connector, somebody to introduce you to a great idea or investment, and that is what Patricof does for athletes,” Kelce says. The benefit goes both ways: Athletes help strengthen Patricof’s bond with other investors. Kelce hosted a Zoom call with 15 private-equity partners during the pandemic just before the start of Chiefs training camp.

“Athletes as shareholders can add way more strategic value to companies than the traditional endorsement model,” Patricof partner Daniel Magliocco says. “From an investment standpoint, there is recognition that there is so much money and so few deals, relatively speaking, that you need an edge that makes your dollar incrementally more valuable than another investor’s.”

Take Wade, the NBA legend who teamed up with Cholula and other celebrities for Cinco de Mayo this year to raise money for the Independent Restaurant Coalition to help restaurants and workers hit hard by the coronavirus pandemic. Wade treated his 17 million Instagram followers to an hour-long broadcast of taco-making with celebrity chef Aarón Sánchez and helped raise more than $100,000 for the coalition, as well as awareness for Cholula.

“It is a completely different model when athletes take time to learn as strategic partners,” says Cholula CMO Miguel Leal, who previously worked with celebrity influencers as head of marketing at KIND. Leal enlisted Patricof’s hot-sauce athlete investors to help promote the brand’s new hands-free dispenser, which rolled out this month in restaurants and on college campuses to serve as a Covid-friendly alternative to the brand’s iconic bottle and wood cap.

Cholula’s portfolio of six flavors recently became the third-bestselling hot sauce in the U.S., behind Tabasco and market-leader Franks, which is also owned by McCormick. Cholula’s annual net sales are $96 million.

“We are all about making good food great and great food unforgettable,” Leal says. “We are the Pippen to the Jordan.”