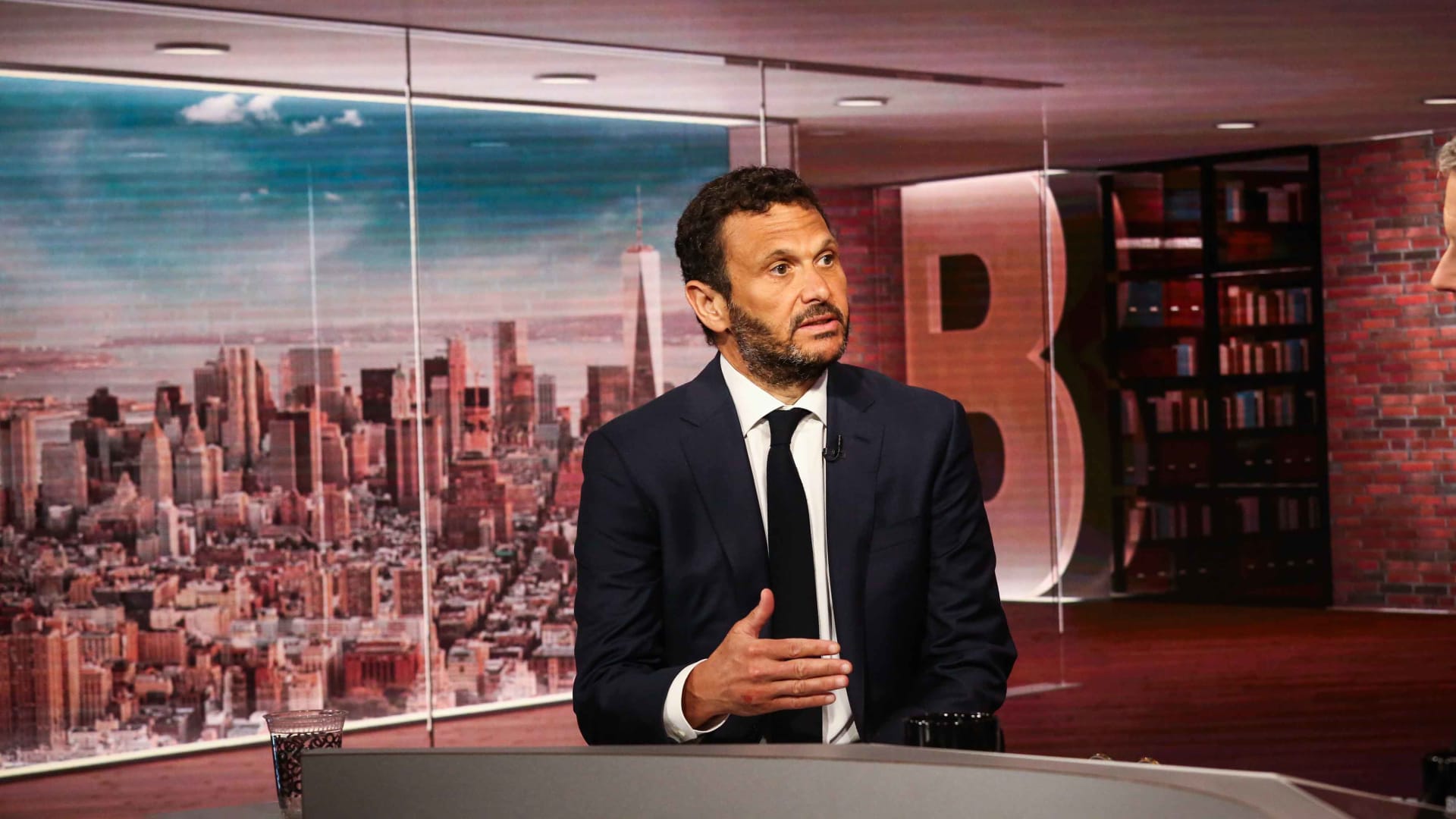 And how Mark Patricof's new venture ensures the two worlds not only complement each other, but combine.

Mark Patricof understands both the power and the pressure of celebrity -- and the potential opportunity.

After co-founding and running MESA Global, a boutique investment bank that was an early investor in startups like Airbnb and FanDuel and was acquired in 2015 by Houlihan Lokey, Patricof was asked to co-host a TV show that featured four professional athletes per episode. (Think Shark Tank, but with athletes as Sharks.)

Spending time in the green room with highly successful athletes helped him spot a major advisory gap: Many athletes invested in high-risk startup companies and alternative investments their agents and financial advisers often didn't understand, and sometimes even advised against. Add to the "expertise gap" the fact the athletes did not have access to high-quality private market deals.

The business also taps into those investors in ways that helps leverage its own brand, offering intriguing possibilities for anyone interested in deploying influencers. And, if you ask Patricof, the model is 100 percent deliberate and potentially even repeatable--should you be looking for pointers.

Along with capital invested by J.P. Morgan, the athletes commit to making sizable (at least to me) annual investments in private-equity deals like TopGolf, Orgain, RealReal, and Cholula Hot Sauce, a company that was recently acquired by McCormick brands for a reported $800 million.

Because the firm provides advisory services, athlete clients can better avoid becoming a cautionary tale for extremely early stage, theoretically high-reward investments -- some made without their knowledge -- that fail spectacularly.

And they can make their own decisions about whether to invest. While clients do commit to making a certain level of investment, they are allowed to opt in or out of every deal; their money isn't automatically committed.

"I was the guy always bringing alternative investments to my financial advisers," Jones says. "And while they had expertise, they didn't necessarily have expertise in whether to invest in a startup, or a three- to five-year company. That's the vertical Patricof Co fills: They have more connections I can ever have, and the deal flow is significantly bigger and better."

Like many athletes--and I'd wager entrepreneurs feel similarly--his goal in investing is building wealth and opportunity for his family and for generations of family to come.

"Growing up," Jones says, "a young, poor black boy in America, you don't really get that opportunity. It wasn't until I started reading personal finance books, reading articles, that I started to realize there's a whole other world out there I could get involved in. When I signed my first contract, I thought, 'What are some ways I can grow and pay for college for my future kids and grandchildren? And their future kids and grandchildren? How can I change the trajectory for my family?'"

Oddly enough, Jones's first business investment was in a clothing company whose founder sold clothes outside his apartment.

"I saw the passion and love he had for his shirts," Jones says, "for his clothing brand, and I thought, 'I want to help this guy. I want to be a part of this.' Meeting someone with an intense passion for their company, and for what they want to be--I could relate to that. I have that same passion for football."

To date, Jones has opted in to all of the investment opportunities presented. And to the other services, like conference calls with people like former president Bill Clinton, JetBlue founder David Neeleman, and David Falk, Michael Jordan's old agent.

"You're constantly around people who want to try to be better," Jones says, "who want to be a moving force, so to sit down with people like that, there are so many benefits, crossovers and correlations to being an athlete.

"I'm thirsty for knowledge. To get to sit down with someone and have them teach me their 'stuff,' I'd pay for that," Jones laughs.

Which, in a way, Jones does. The Patricof Co model is standard for the industry: The company gets a 2 percent management fee, and 20 percent of any profits as a performance fee.

But the rest -- the advisory services, networking, exposure to advisor board opportunities, analysis of potential investments that are pitched to Jones (and the other athletes) directly, is part of the package.

WHY THE MODEL MATTERS

As of just over a year ago, a similar package opened up: Another bucket of capital comes from the PCO Membership Program, non-athlete investors who can participate in the remainder of a deal's allocation after the athletes have invested. While the fee structure is somewhat different -- members are charged a yearly access fee and then a percentage of carried interest -- PCO Club members participate in the conference calls and can also access sports content created exclusively for them. For example, an in-depth interview with Mike Tannenbaum, the former EVP of football operations for the Dolphins and current front-office commentator on ESPN.

Real estate is a lagging indicator; what happens today filters to the industry in six to nine months. Participation in the club allows investors like Nathan to analyze opportunities in other industries and hear what other businesses leaders think and predict. The deal flow matters, but the information flow is also important.

"I'm an information and knowledge junkie," Nathan says, "and when you're around people who all want to learn and grow, that's the ultimate opportunity."

Which leads to a final point. If you're not a professional athlete, or a person of substantial means, Patricof's business is interesting -- but largely irrelevant.

Unless you think more broadly about how to apply his approach to your business. Besides filling a need for an audience willing to pay -- which is entrepreneurship 101 -- Patricof hit on something fascinating in today's influencer-crazed world.

In fact, a slide in Patricof's first deck described how an athlete shareholder is much more beneficial to a company than an athlete endorser: In short, that earned is always better than paid.

"That's where the belief we could gain access to these transactions came from," Patricof says. "We invested in Cholulah Hot Sauce. Multiple players leaned in. The company sold a couple months ago, and they will tell you the involvement of our players made a difference."

Instead of searching for so-called influencers to promote your brand, spend that time connecting with people who believe in your brand.

Because earned is always better than paid.