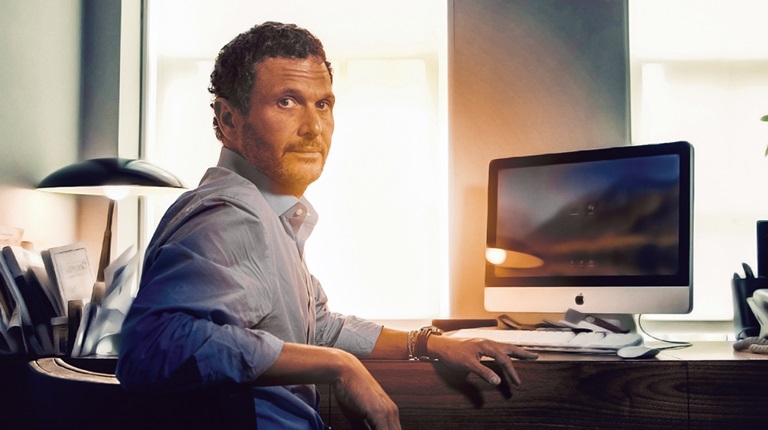 Byron Jones was eyeing potential alternative investment opportunities well before he became the NFL’s highest-paid cornerback in March, when the Miami Dolphins signed him to a five-year, $82.5 million contract. But Jones was long frustrated by a lack of proficiency among the people he paid to help oversee his finances. When he learned from one of his financial advisers about a new investment firm being led by finance entrepreneur Mark Patricof, he jumped at the opportunity. “I was a guy always bringing alternative investments to my financial advisers,” said Jones. “And they have expertise, but not really expertise in whether to invest in a startup or a three-to-five year company, and that’s really the vertical that Patricof fills.”

Patricof Co was founded in 2018 and is headquartered in New York with 11 employees. The firm now has 70 athlete clients including some of the biggest names in sports, from current players Carmelo Anthony, Blake Griffin, Henrik Lundqvist, J.J. Watt and Venus Williams to recently retired legends like Dwyane Wade and CC Sabathia. Those athletes are given access to private equity deals set up by top financial firms such as L Catterton, Great Hill Partners and Providence Equity Partners. To date, Patricof Co’s athlete clients have invested upward of $25 million across six deals: Cholula, Topgolf, luxury consignment company The RealReal, nutrition company Orgain, parking technology provider FlashParking and eyecare company Acuity.

Every day the firm is also evaluating incoming investment opportunities for its clients. “Athletes get a bunch of bullshit,” said Jones. “Most is nonsense, and you need someone with expertise in that area to give you a really solid, sound opinion about the current investment you’re thinking of going into.” Beyond offering advice and access to private markets, Patricof Co arranges meetings with top executives, provides road trip networking calendars and has organized conference calls with the likes of Bill Clinton, JetBlue founder David Neeleman and legendary sports agent David Falk, who represented Michael Jordan.

The kicker? Outside of taking a 22% cut of the investment gains — combining the standard hedge fund practice of a 2% management fee and a 20% performance fee on the profits — Patricof Co performs all athlete services free of charge. It’s an expansive approach that even its founder and CEO struggles to define.

“I don’t know what we are other than a very robust client service business that’s been completely orchestrated … to service the highly unique needs of this particular constituency,” said Patricof. “And it’s differentiated from any other constituency on the planet by the unique combination of their global relevance, their wealth, their increasing sophistication in the deal world and their ability to gain access to things that are otherwise unavailable to even the richest people on the planet.”

Patricof, 55, has spent almost a quarter-century building valuable contacts in the finance world. A graduate of Emory University, he got his start at CAA and later co-founded incubator KPE in 1996, leading the firm until it was sold to Omnicom in 2002. In 2008, he co-founded media and entertainment advisory firm Mesa, which was acquired in 2015 by Houlihan Lokey, where Patricof served as a managing director. He was the financial expert on “MVP,” the Rob Gronkowski produced, Shark Tank-esque show that ran for two seasons on the now-defunct Verizon Go90 platform and offered entrepreneurs a chance to pitch investment opportunities to athletes. Though it ended in 2017, Patricof rubbed elbows with stars such as Kevin Durant and Antonio Brown, among others.

His main takeaway was that athletes were parking too much of their money in alternative investments, and those deals tended to be high-risk venture and startup opportunities that their financial advisers wouldn’t even sign off on. “For the vast majority [of athletes], no one in their immediate set of advisers was willing to really dig in and look at those types of deals with them for fear of being associated with a failure,” said Patricof. And beyond lacking expertise, athletes were missing out on access to developed private markets.

What emerged was a simple business plan: Gather a clientele of top-tier athletes and pool their capital to take small stakes in ongoing private equity deals. The company launched in September 2018 with a first client in former Seattle Seahawks defensive end Cliff Avril and $200 million in coinvest capital from J.P. Morgan Private Equity Group, which is a minority partner and initially housed the firm in its midtown Manhattan offices. “There is a strong alignment between what Mark wanted to do and the results,” said Lawrence Unrein, J.P. Morgan managing director and head of private equity. “And we thought that it would be a positive addition to our overall network, which is why we pursued it.”

Investment firms typically aren’t interested in diluting their stakes to bring along outside investors, especially not when those investors refuse to pay additional fees. Patricof Co, though, offers a team of high-profile celebrities who have incentives to use and promote the company’s products. “When there’s an investment that we like, we want to put as much capital against it as possible,” said a lead executive at one of the PE firms that’s partnered with Patricof Co. “So it really is a trade-off. … For us, it’s kind of the upside that if someone does talk about it and it kind of sparks some more awareness, great. Because it was a modest allocation, that works.”

Patricof and his leadership team initially targeted the athletes they wanted to partner with but now many of their clients come from referrals — about half come from wealth advisers, one third from existing athletes already on board and the rest from player agents. They don’t plan to add many more clients.

When the firm secures a deal allocation, each of its 70 clients gets a full report and two to four weeks to decide whether they want to invest in that particular deal. Patricof says the general expectation is for athletes to annually commit around $500,000 across one-third to one-half of the deals Patricof Co services. When there’s a liquidation event, Patricof Co takes its cut of the earnings, and each athlete gets the percentage equal to their initial investment.

The carried interest on the athletes’ investment is the only thing they pay, but the firm isn’t banking on that as its only source of income. Though the funding composition widely varies, athletes have typically contributed 40-50% of each deal allocation. Another bucket of capital is now available via the PCO Membership Program, a group of non-athlete investors who are offered what’s left of the company’s allocation after the athletes invest. The remainder comes from personal investments from Patricof, his partners and J.P. Morgan Private Equity. “We kind of leverage our clients like a Trojan horse, almost, to make us strategically relevant,” said Patricof Co partner Daniel Magliocco. “Then we get the allocation and we fill it with a variety of third-party capital.” To date, Patricof Co has put around $75 million to work even against the headwinds caused by the COVID-19 crisis (the goal is to deploy about $100 million per year in the early going).

But what’s really turned out to be Patricof Co’s core value to clients is the day-to-day athlete services the firm provides. First and foremost among them is a personalized review of incoming investment opportunities.

“A lot of people look at athletes as cash, because they can see what kind of contracts we have,” Wade said. “So a lot of startups come our way. Some are home runs, but most of them, as you know, are strikeouts.”

An initial hurdle was convincing athlete agents and wealth advisers they weren’t being replaced. “You have your agent, your marketing, maybe legal representation. You have your wealth manager, which is like stock-bond allocation and tackling estate planning,” said Patricof Co partner Matt Siegel, who oversees athlete relations. “And we are basically your personal investment banker. So we fit in with everybody.”

The firm hopes that athletes’ incoming offers may even provide a source of deal flow for the firm’s investing. The idea hasn’t borne any fruit yet — Magliocco says the company passed on a potential medtech deal sourced by a client — but there is no shortage of incoming offers for the athletes. “They’re pretty much in every major city, and we know for a fact that they’re constantly presented with ideas,” said J.P. Morgan’s Unrein.

Just weeks after Super Bowl LIII, then-Los Angeles Rams running back and Patricof Co client Todd Gurley flew to New York City to have lunch with a dozen execs from firms such as Carlyle Group and KKR. “They ask questions about, ‘Was your knee really hurt? What was the play calling?,’ this and that. And then Todd gets to ask questions about finance,” said Patricof. “And at the end of the lunch, Todd Gurley has 12 new friends in the finance world.”

Patricof Co also offers athletes a playbook of the funds, established companies and startups located in each city they play in throughout the season to help develop clients’ own Rolodexes. For an NBA player, that might mean looking into Frontier Capital, Duke Energy and Lowe’s when in Charlotte, or reaching out to Active Capital and Whataburger ahead of playing the Rockets in Houston.

In January, the company partnered with the NBA Players’ Association to form the NBPA Players Accelerator Program for the league’s entrepreneurial-minded athletes. The idea originated with NBPA executive director Michele Roberts and became reality with Patricof Co’s support.

“Everyone will talk to our guys about basketball, right? But when it comes to a non-basketball related area, then the perception is, well, these guys aren’t serious,” said Roberts. “This program is a way to begin to get those guys, who really are out there on their own, some support and some information.” Player-led startups will be offered expert mentorship, participate in a three-day training camp and then have the chance to pitch a panel of potential investors.

And Patricof is already looking forward to new lines of business. Retired NFL tight end Brent Celek and former Simon Property Group executive Gregg Goodman are leading a real estate practice that’s in the process of closing its first transaction, a mixed-use development project located in Washington, D.C.’s Southwest neighborhood. Patricof says it will likely be the firm’s most subscribed deal to date. And Patricof Co is exploring the purchase of a minority stake in a pro sports team; it recently passed on an opportunity to invest into an NFL franchise and an MLB limited partnership and now has its sights set on limited partnerships with NFL and NHL teams.

For now, the sports involvement remains with their clients, with whom Patricof envisions a bright future.

“If we can continue to develop the representation side of our business and be an important person, maybe the most important person, in the lives of 70, 80 professional athletes, that alone is going to have enterprise value as a company,” said Patricof. “And if these investments are as good as we think they’re going to be long term, we’re going to do really well.”