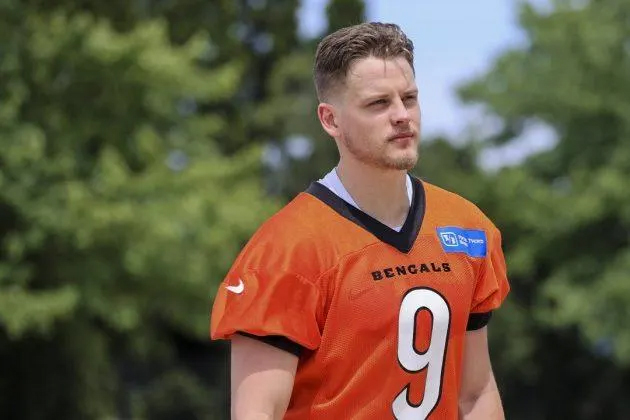 Quarterbacks Joe Burrow, Dak Prescott and Ryan Tannehill are among the 45 athletes who have recently invested in Bombas, the crowdfunding and Shark Tank success story that did more than $100 million in revenue in 2019.

Through Patricof Co, an investment platform launched by Mark Patricof in 2018, over 130 athletes are offered participation in private equity deals set up by the likes of L Catterton and Providence Equity Partners. In this case, their investments were paired alongside funding and dealwork from Great Hill Partners as part of a larger Bombas funding round. Among the other notable athletes invested are NBA stars Carmelo Anthony and Blake Griffin, and 49ers tight end George Kittle. Bombas declined to discuss financial details.

Patricof Co’s athletes have now put in well over $60 million, with nine deals coming over the last 12 months, including a SpaceX investment last year. The company takes a percentage of its clients’ investment gains.

“The private equity funds see us as an attractive group to help win a deal or add value strategically post-close,” Patricof partner Matt Siegel said. “It’s not like an influencer or marketing deal. These guys are treated as investors.”

As it has in the past, Patricof Co will create an athlete advisory council for Bombas, facilitating quarterly meetings between the athlete investors and C-level executives. “We are big believers in the power of brand advocates, and through this long-term partnership, we not only have an opportunity to outfit notable players within the sports world, but we are also connecting them directly with our mission to help those in need within the communities where they work and live,” Bombas co-founder and CEO David Heath said. “Through this endeavor, we see a ton of potential in reaching new audiences with our socks, T-shirts and underwear, while having the ability to amplify our commitment to the homeless community with the help of these athletes.”

Tannehill, who has volunteered at a Nashville homeless shelter, said Bombas’ philanthropic work—including donating a pair of socks for every pair sold—was a key factor in his decision to invest. “Having the charitable aspect to it, combined with just being a well-run company that’s doing really well, made it a no-brainer for me to hop in,” he said. The Titans QB has already seen the return on a well-placed Patricof Co investment, buying into Cholula shortly before McCormick bought the hot sauce brand for $800 million last November.

Bombas has already sent its new investors introductory boxes full of its product. As for whether Tannehill’s linemen can expect socks for Christmas this year? “I don’t think I can make that their main gift,” he said. “Maybe as a stocking stuffer.”